The first known fire of any great consequence in the area occurred in Cambridge on April 23, 1825. The fire was in the County recorder’s office in the old courthouse. Through the years here were other great fires, including the Harding sawmill, the old McCraken salt house, Samuel McCulley’s dry goods store, and the oldest house in Cambridge.

Fighting fires in Cambridge in the early years was not the well-organized procedure it is today. The most common method of providing water at the scene of a fire was the proverbial bucket brigade. Leather buckets were passes by hand from a well to the fire and back again. Also available were large wooden fire ladders; these were quite a load, requiring at least six men to maneuver them. For several years these firefighting methods were sufficient to help prevent the spread of fire in Cambridge, but the time would come when these methods would prove inadequate and obsolete.

About four o’clock in the afternoon on Monday, June 26, 1873, workmen coating castings at the Simmons Brothers foundry on Water Street (now Turner Ave.) allowed hot pitch tar to overflow from a kettle onto the fire below. The burning tar spread to the walls and soon engulfed the structure in flames; a heavy breeze carried the flames to the old Baptist church, Zahniers blacksmith shop, and several warehouses and homes. On many homes roofs made of shingles were set ablaze by windblown sparks, and the entire town seemed doomed. The fire destroyed all the buildings on the south side of Turner Avenue, from what was known as the old Eagles Club (Cliffhangers) to South Eighth Street and Turner Avenue; then all the buildings south on South eighth Street to where the City Building stands (Old Municipal Court and fire station). It swept along the north side of the street, from the rear of the Masonic Temple to the Rainey wool room at the corner of South Eighth Street and Turner Ave. Twenty-two buildings in all were destroyed in this great tragedy.

It was at this time that the citizens of Cambridge banded together, and, against almost impossible odds, began to fight the conflagration that threatened to destroy their community. Telegraph poles were cut down and used as battering rams; ropes were used to pull down buildings in the fire’s path. The Elza M. Scott salt works sent a wagon of salt to spread on roofs to help retard the spread of flames.

When it was seen that the city was ill-prepared to contain the fire, the B&O railroad sent special trains from Barnesville and Zanesville. Barnesville, soon after receiving a call for help that disastrous afternoon, sent 120 men, along with that village’s fire engine – a hand pumper – as well as a ladder wagon and two hose carts. Zanesville sent a steam fire pumper, two hand pumpers, 1,200 feet of hose and 36 men. Local residents furnished 136 meals to the Zanesville firefighters alone during the three days which elapsed before the inferno was controlled. Among properties destroyed at this fire were the warehouse and wool room of William Rainey, the Burgess tin shop, the residences of C.C. McIlyar, D.M. Jenkins, Fred Williams, Mrs. John Cook, Patrick Cain, and the old Bonnell home. A new two-story brick house where the Denny Brothers Shop stood also was destroyed.

The total amount of insurance on the buildings destroyed was one thousand dollars, and insurance agents soon were plastering their company heralds on the still-smoldering ruins. The result of the fire was the construction of better buildings and the organization of the Cambridge Fire Department. 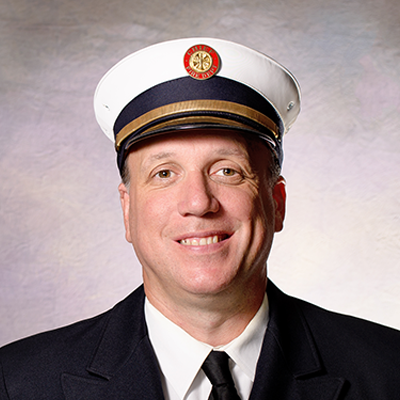